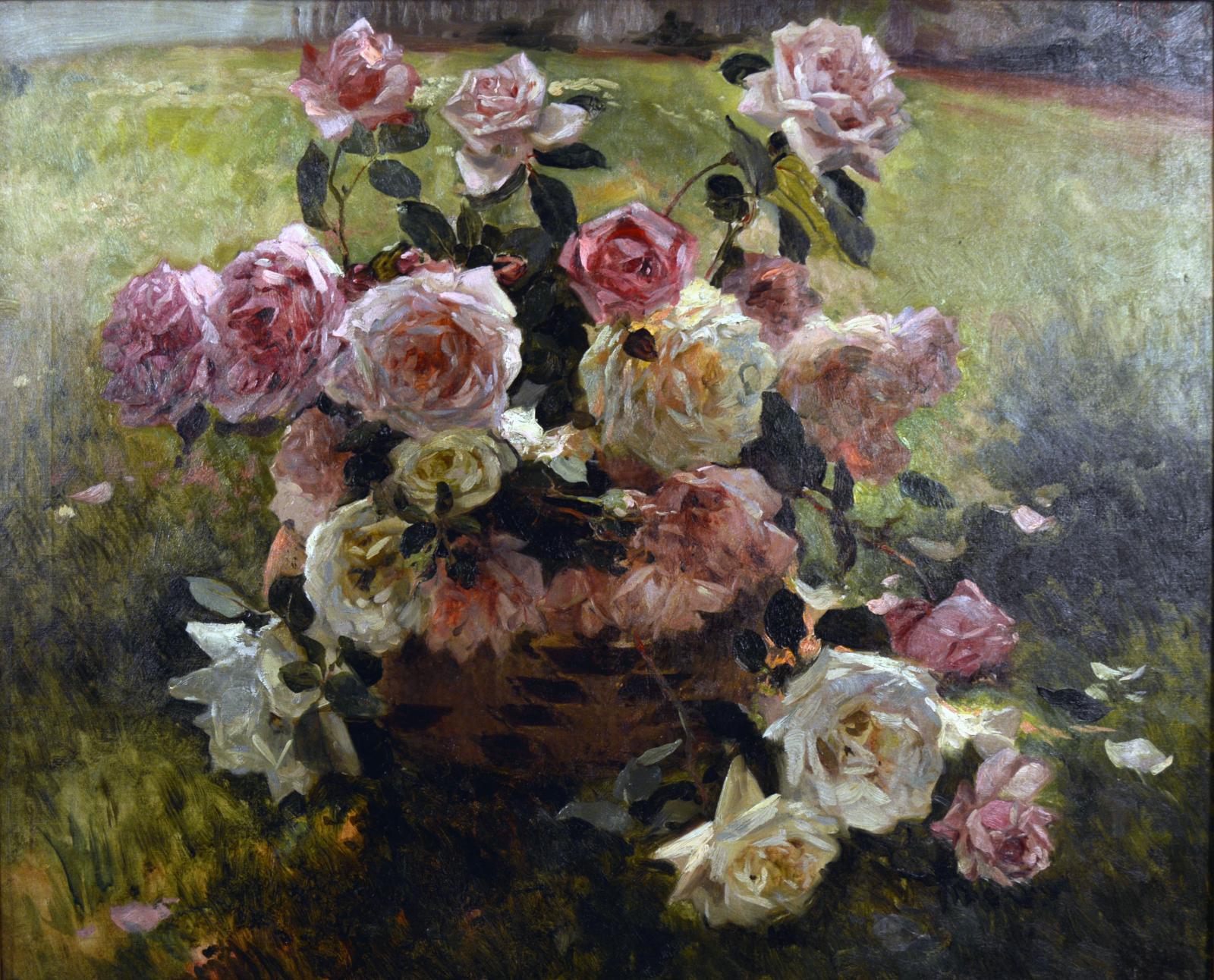 Identifier
2016.54.1
Date Created
1909
Work Medium
Oil on Canvas
Dimensions
32 in x 26 in x ;39.5" x 33.5"
Thesaurus of Geographic Names Location
Portland
Art & Architecture Thesaurus Categories
oil paintings
oil paint
oil painting
flower pieces
Historical Context
Alten painted this outdoor floral in June of 1909 while he was in Portland, Oregon with his wife. They traveled there so Alten could complete commissioned portraits of John Haak, his wife, and son. While visiting Portland to paint portraits of the Haak family, Alten was inspired by the Portland rose. Roses became the symbol of Portland after the 1905 Lewis and Clark Exposition when landscapers planted 10,000 rose bushes along the streets of Portland. The city developed such a reputation that, during World War I, English rose breeders sent their roses to Portland to have them preserved.
Description
Still life of pink and white roses in a basket outdoors
Credit
Gift of Jim and Marie Preston 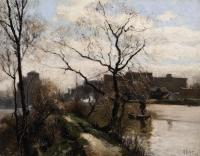 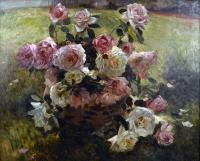 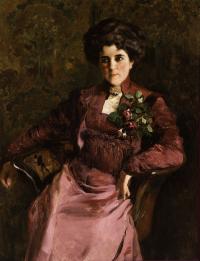 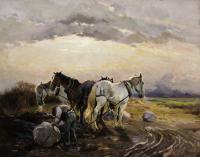