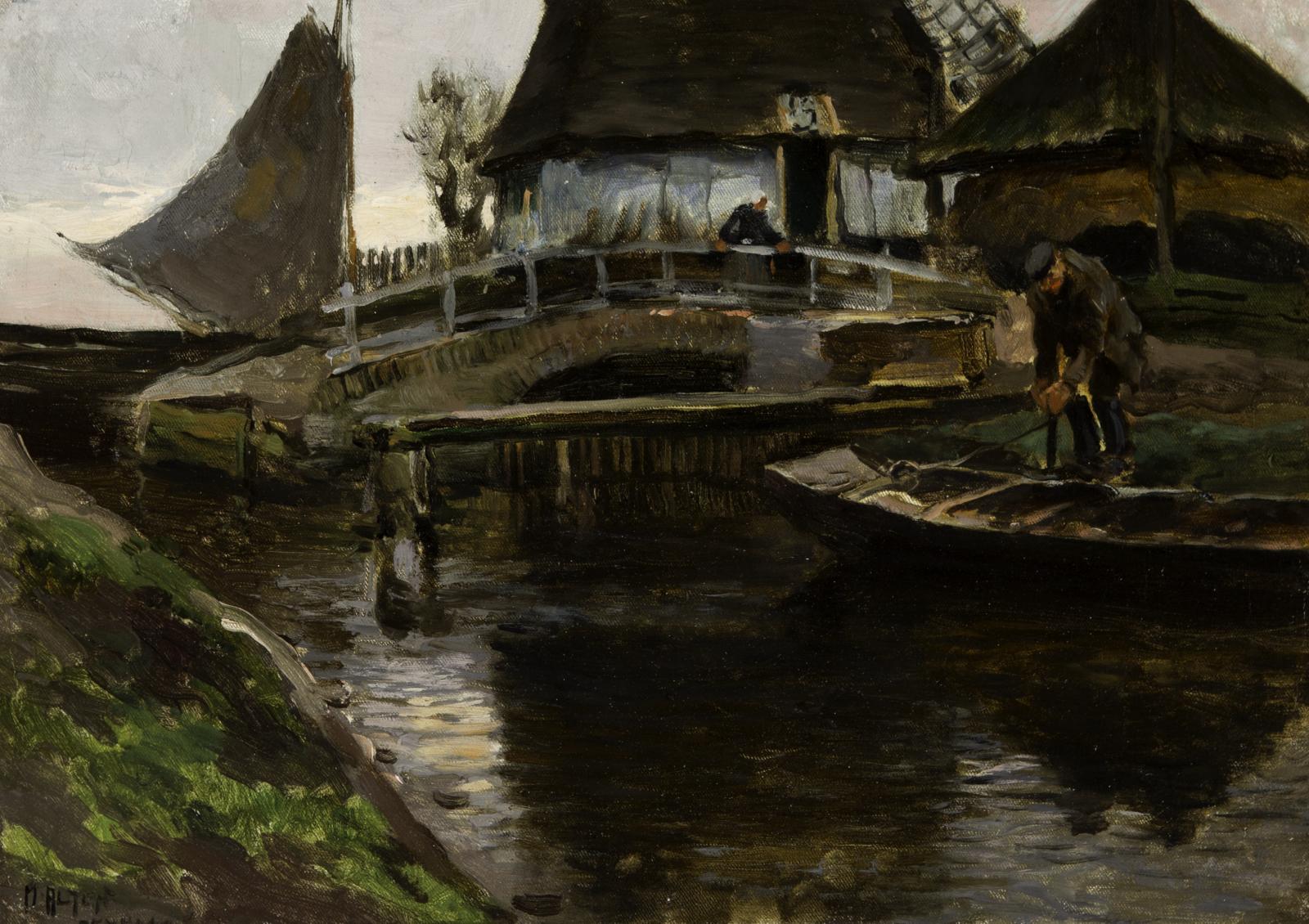 Identifier
1998.570.1
Date Created
ca 1910
Work Medium
Oil on Board
Dimensions
17.5 in x 12.5 in x ;22.75" x 18"
Thesaurus of Geographic Names Location
Netherlands
Art & Architecture Thesaurus Categories
oil painting
oil paintings
Historical Context
Alten visted The Hague in 1910 and painted several works in the style of the earlier Hague School masters. The Hague School (1860 to 1890) and Alten were both heavily influenced by the realist painters of the French Barbizon School. Canals have been a feature in Amsterdam since the 1600s, used mainly to transport goods and sometimes people. The water was very unsanitary, as the canals were used as waste disposal due to the city not having a septic system. In the late 1800s, efforts were made to clean the water, and, in the present day, they are sometimes used for swimming by city residents.

Description
Man in small boat on the right side of the image, coming up to a white bridge with two buildings in the background.
Credit
Gift of George H. and Barbara Gordon 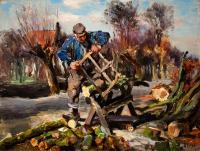 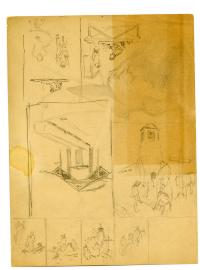 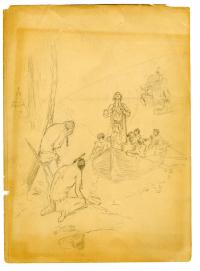 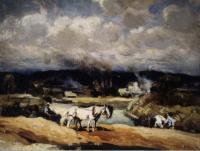