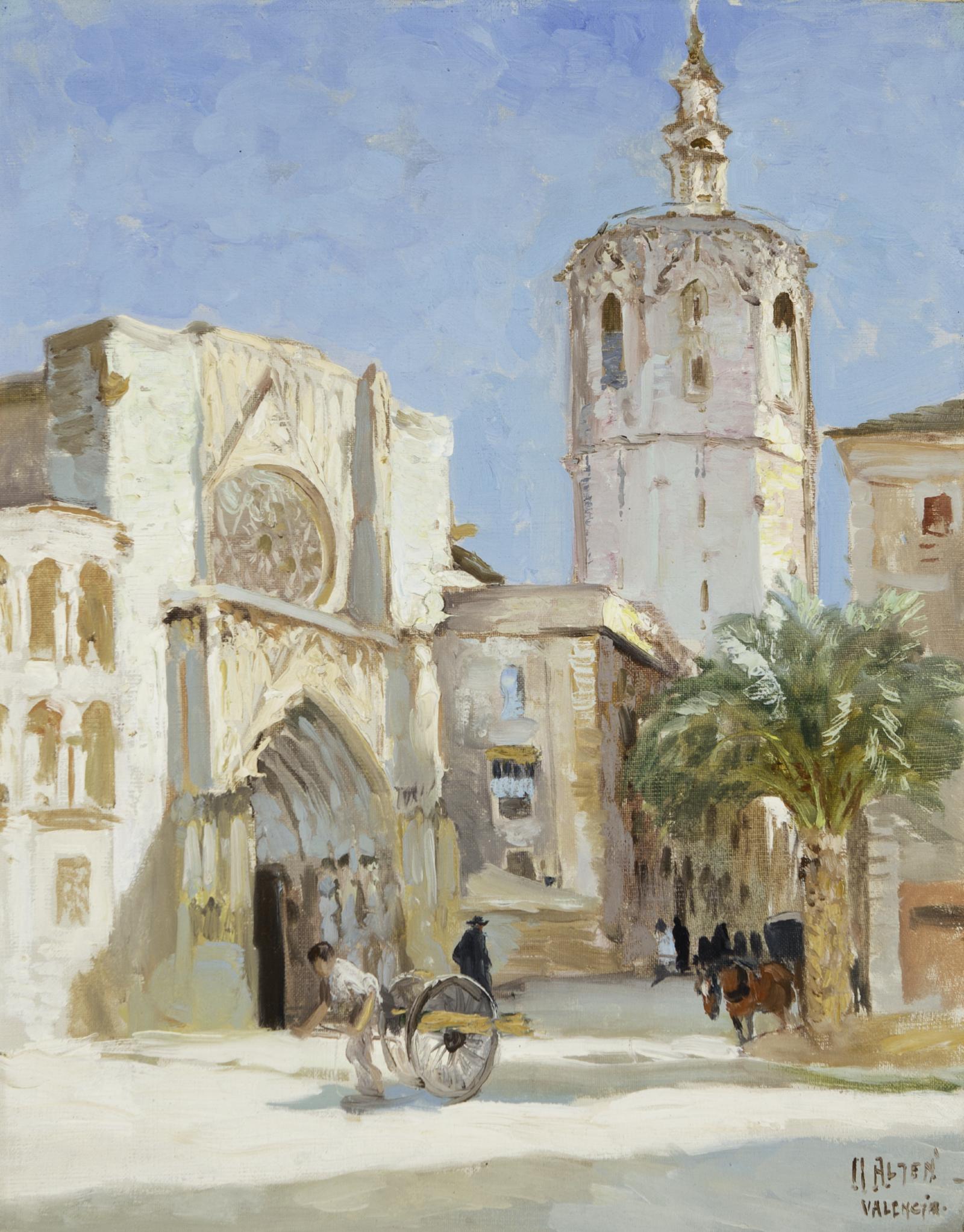 Identifier
1998.600.1
Date Created
1912
Work Medium
Oil on Canvas
Dimensions
15.25 in x 19.125 in x ;21" x 25"
Thesaurus of Geographic Names Location
Valencia
Comunidad Valenciana, Espa&ntilde
Art & Architecture Thesaurus Categories
oil paint
Historical Context
Alten spent much of his time in Spain painting Mediterranean coastal scenes. He made Cabañal his base while staying in Spain and from there travelled to Italy, Austria, and Germany. The works completed while in Spain reflect a much brighter and more sunlit palette than those done in Northern Europe. In 1912, Alten travelled to Spain with his friend Forrest Emerson Mann, a Grand Rapids artist and metal smith, and set his sights on the city of Valencia. Valencia was home to the popular Spanish artist Joaquí­n Sorolla, whose work Alten admired.

This is one of the few paintings Alten did within the city during this trip to Spain. The Plaza de la Virgen is a centerpiece for the city of Valencia, and the Cathedral and its tower, called El Miguelete, have drawn visitors for hundreds of years. The entranceway to the church is famous for having statues of the twelve apostles surrounding the doorway. 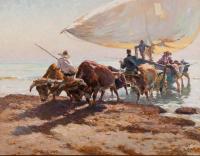 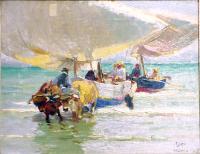 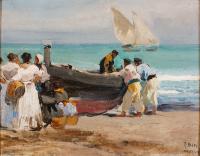