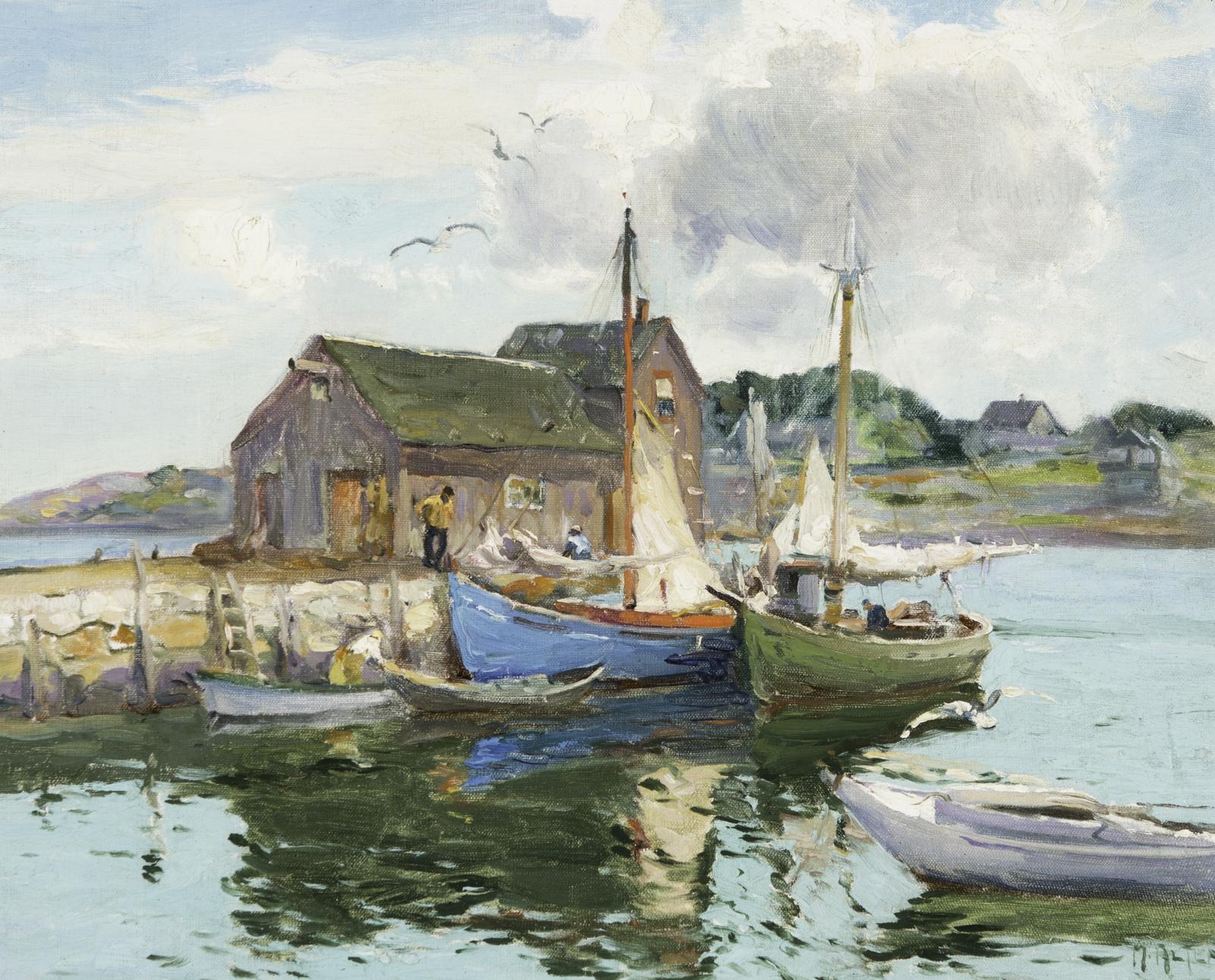 Identifier
1998.607.1
Date Created
ca. 1931
Work Medium
Oil on Canvas
Dimensions
22.125 in x 18 in x ;30 in x 26 in x 2.75 in
Thesaurus of Geographic Names Location
Massachusetts
Art & Architecture Thesaurus Categories
oil paint
Historical Context
In the town of Rockport, Massachusetts, there still stands a small wharf with a red, unassuming fishing shack. During the early 1930s a group of artists began painting the structure so much that it became known in the community as “Motif No. 1.” When Alten visited the artist colony at Rockport, his imagination was also captured by the picturesque building, and he painted it several times during his stay.
Description
Building on the end of a pier. A blue sailboat and a green sailboat are in the water in front of it.
Credit
Gift of George H. and Barbara Gordon 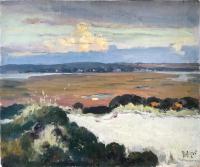 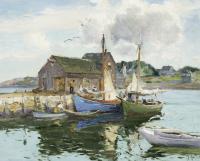 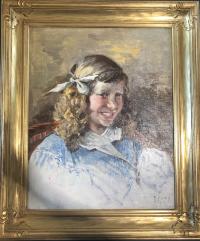 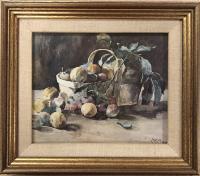 Basket of Peaches and Plums Reproduction of Original 1898 Watercolor 2019.2.1