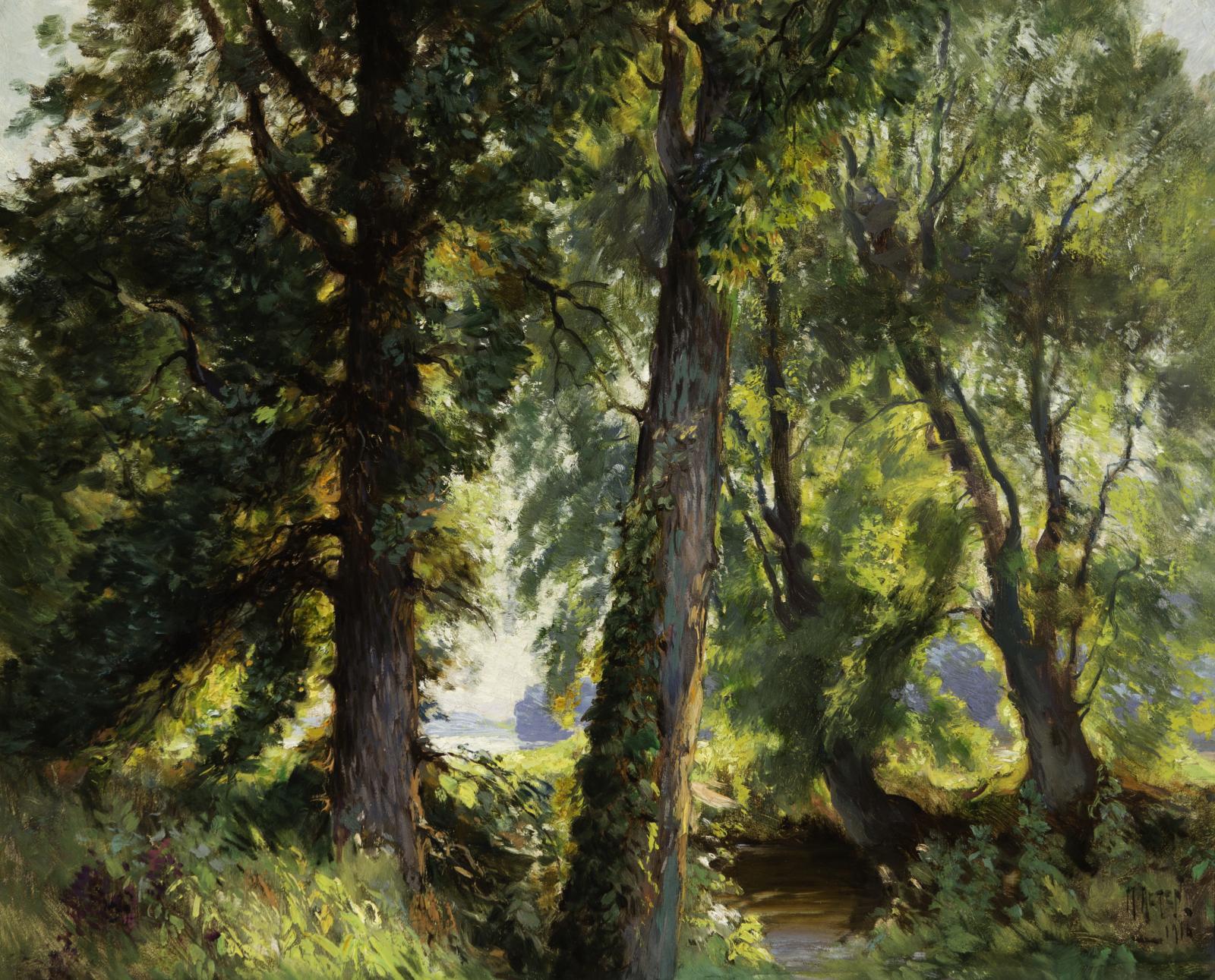 Identifier
1998.601.1
Date Created
1916
Work Medium
Oil on Canvas
Dimensions
32.125 in x 26.125 in x ;42" x 36"
Thesaurus of Geographic Names Location
Grand Rapids
Art & Architecture Thesaurus Categories
oil paint
Historical Context
Michigan lumber became an important resource in World War I, even before the United States officially joined the conflict. The War Industry Board was created in 1917 to organize the transfer of raw materials as needed to branches of the armed forces, and to support the war effort. This idyllic scene of a Michigan forest captures Alten’s nostalgia for the rural landscape amidst a rapidly changing world.
Description
View from inside woods looking out. There is a clearing in the trees where sun is shining into the forest.
Credit
Gift of George H. and Barbara Gordon 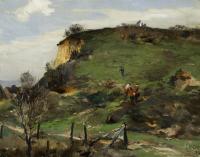 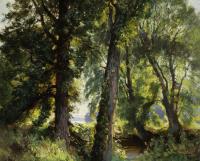 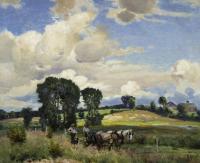 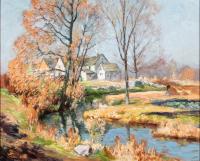 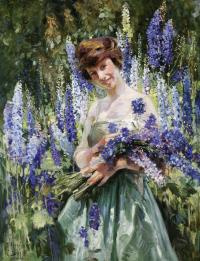 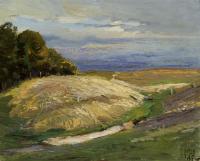